■ Interpretation: The Black Upper Shadow Candle is considered a weak candle, as the close is less than the open. Though there is an attempt by the bulls to control price at some point during the day, the weak close at the end of the day implies weakness. This candle is more bearish than the Black Lower Shadow Candle because it closed at the low. It can appear in a consolidation pattern or as part of a trend continuation pattern. 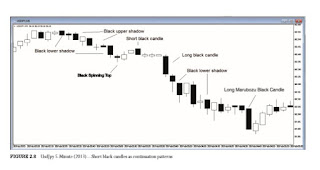 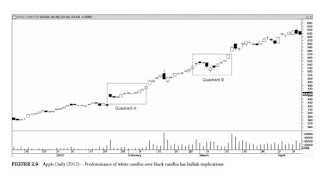