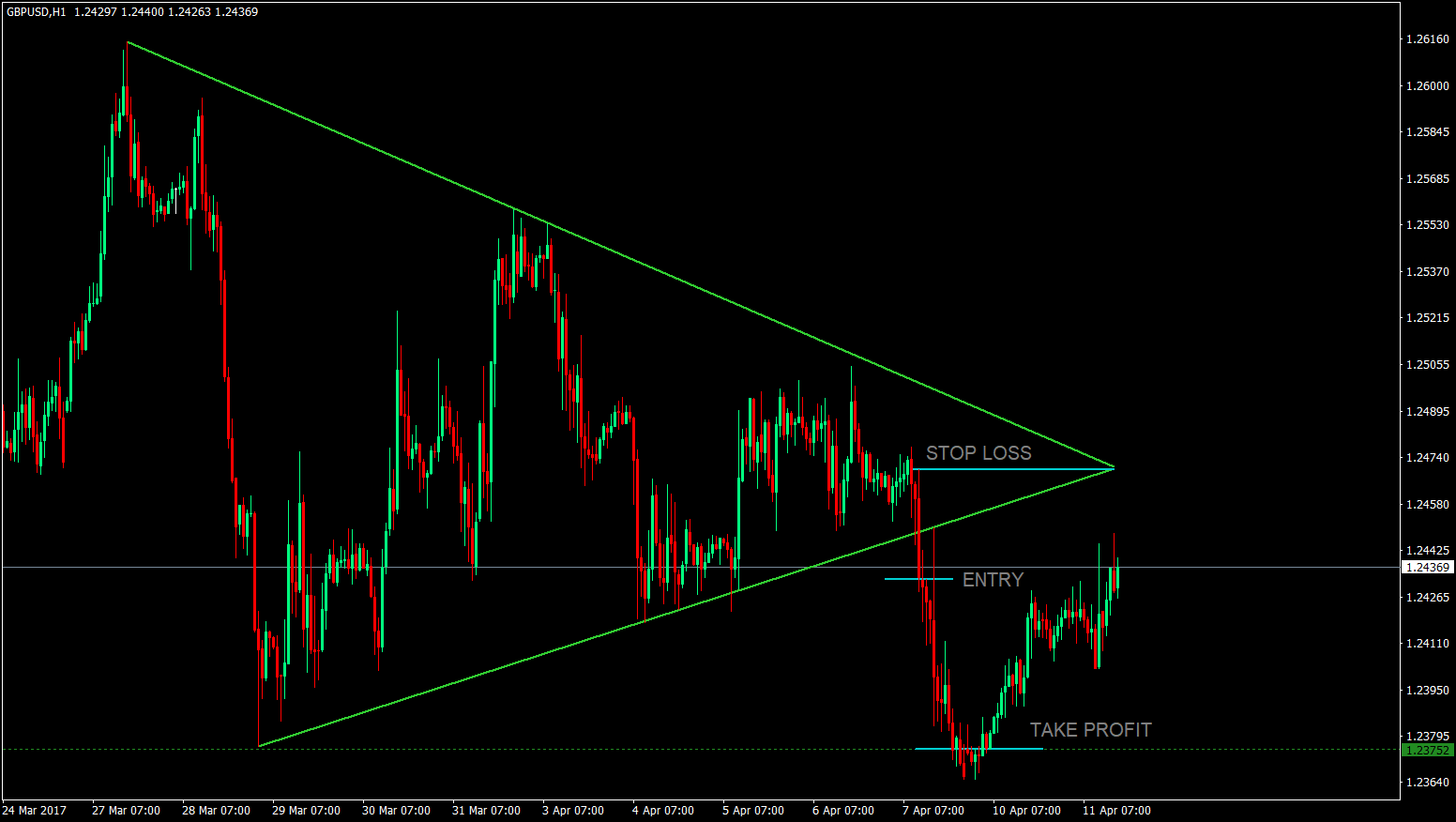 Pattern day or swing trading is a very effective tool forex traders could include in their arsenal of trading setups. There is even a well-known trading guru who used pattern day-trading to turn his $ 200 to more than a hundred grand in a span of a few months. Well, he might have been lucky. But still, if you could gain 20%, 30%, even a 100% on your trading account, that’s not bad at all.
The good thing about pattern trading is that it applies to all timeframes, from M1, M5, M15, H1, H4, up to the Daily timeframe, and to all types of trading, whether it be scalping, day trading, or swing trading. You could either choose to specialize on a specific timeframe and pattern or you could also monitor all timeframes and look for several patterns. Either way, pattern trading, coupled with a good money management system, is profitable.
One of the most popular, and commonly seen pattern is the Triangle Pattern. It is a pattern that shows how traders’ excitement and trading activity starts strong then gradually dissipates and dies out before the market decides as to where price should be going. Basically, the triangle pattern is a type of market contraction. And market contractions are like spring coils, it bounces off after a contraction. It is the calm before the storm. 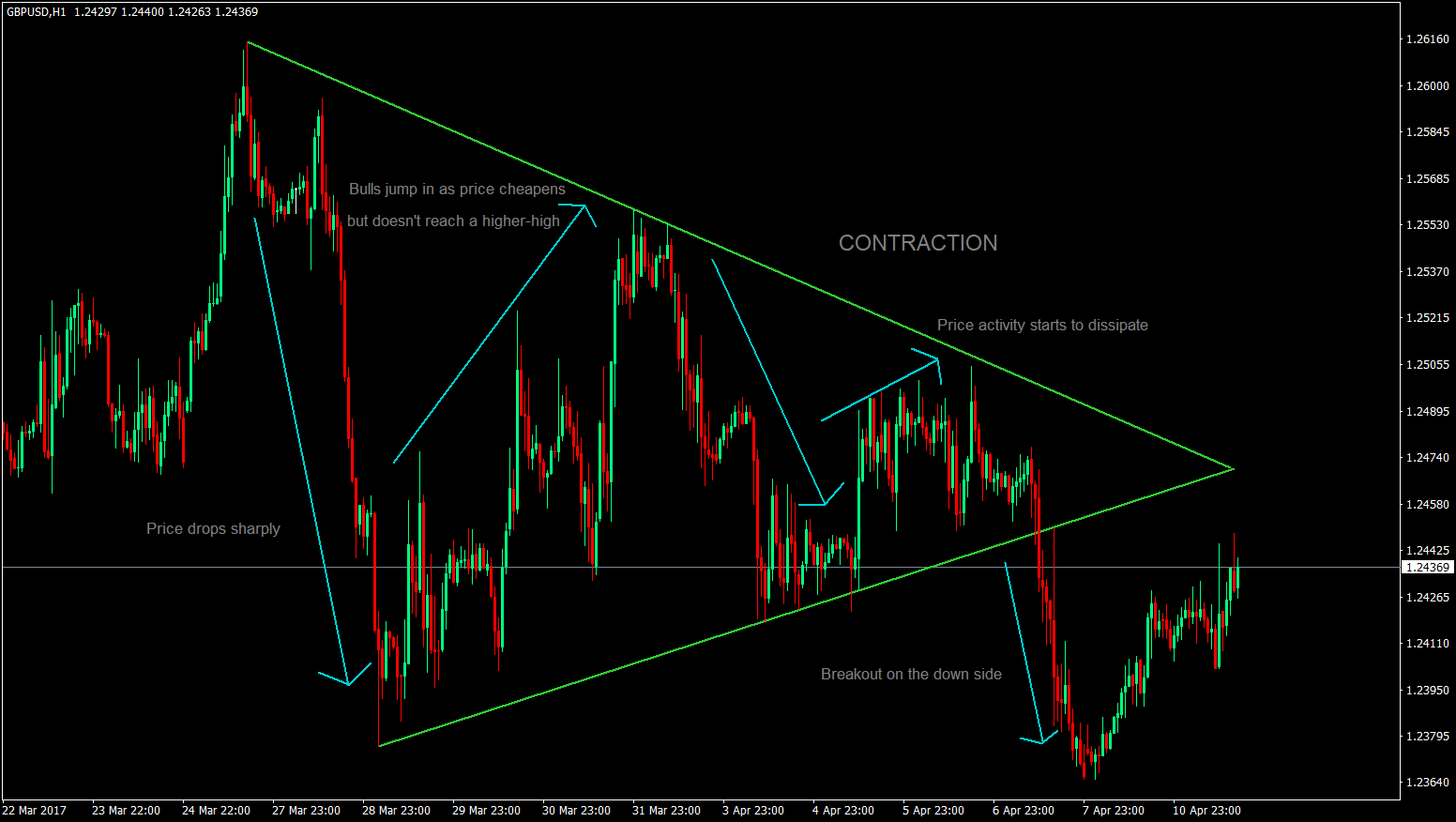 Triangle patterns are often characterized by a strong market movement as soon as price breaks out of the pattern. And where there is activity in the market, there is money to be made. 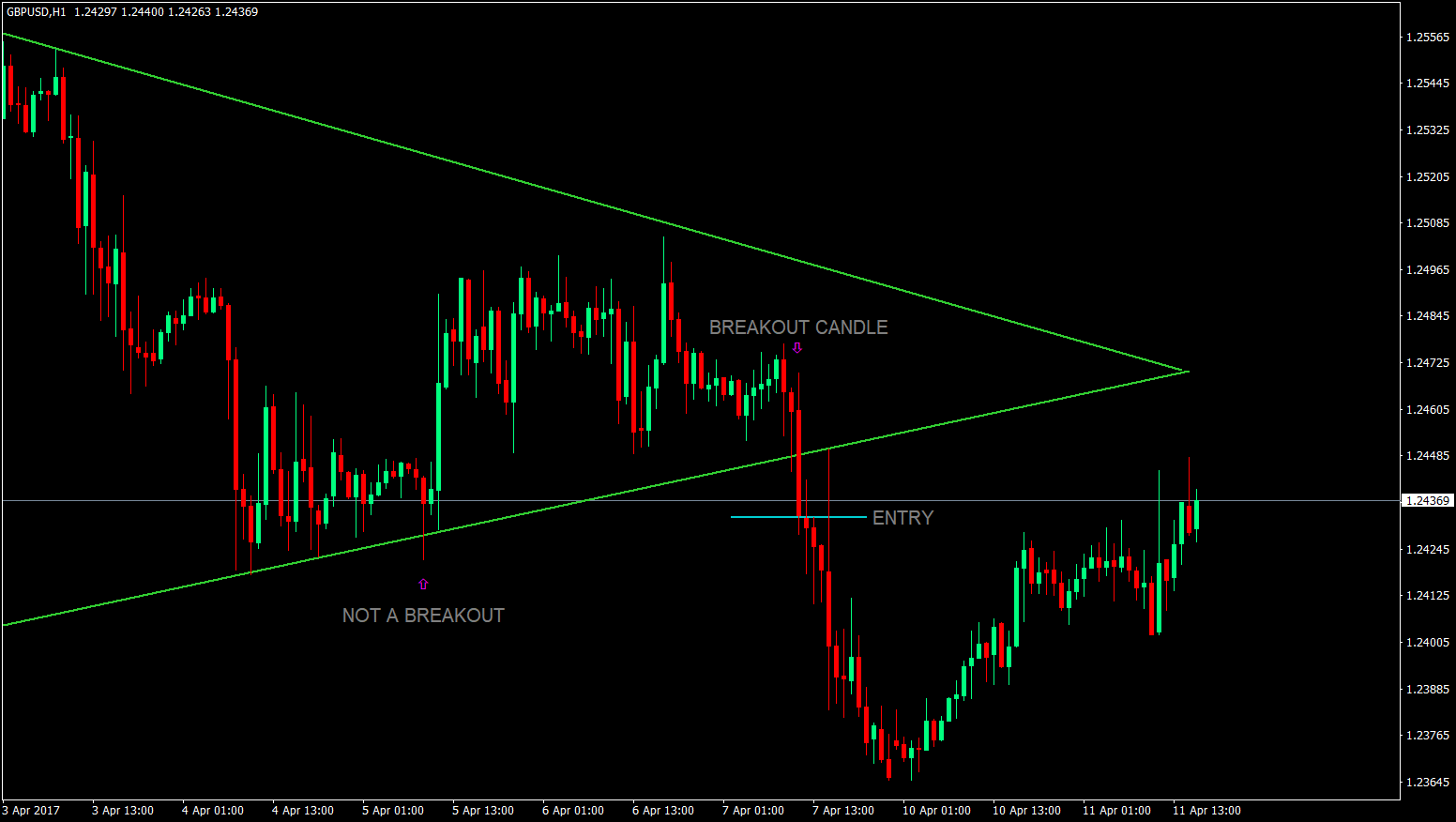 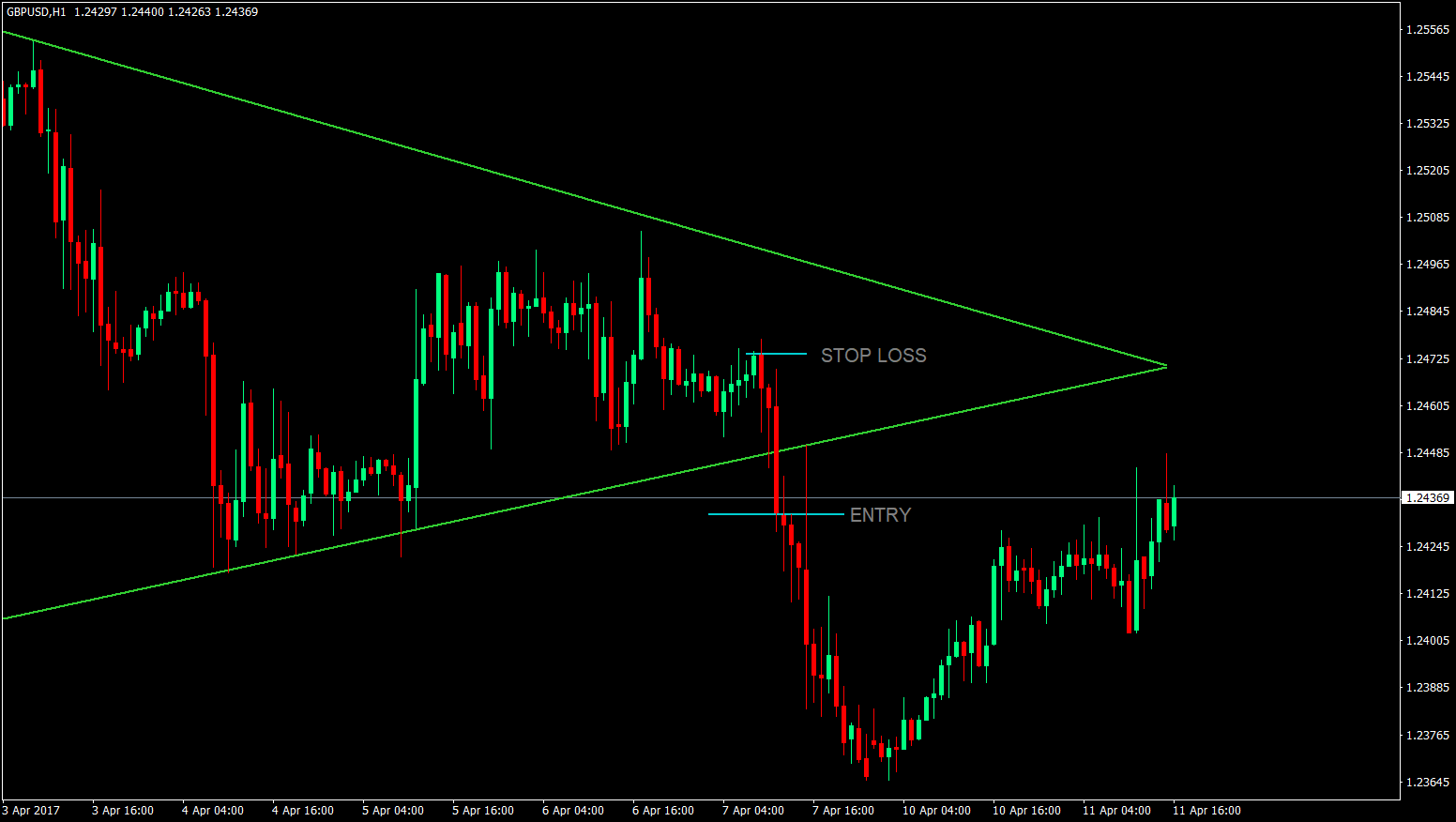 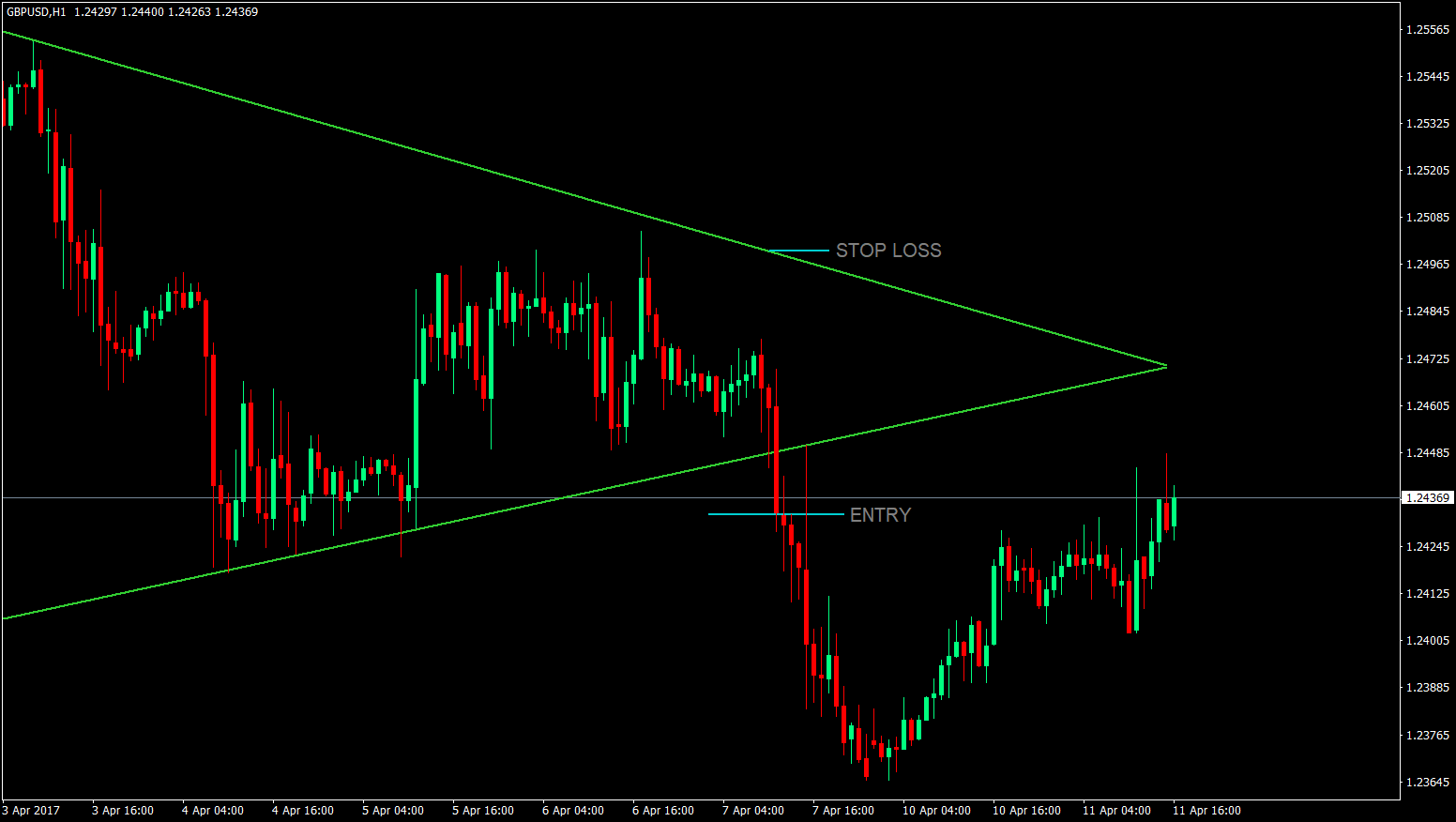 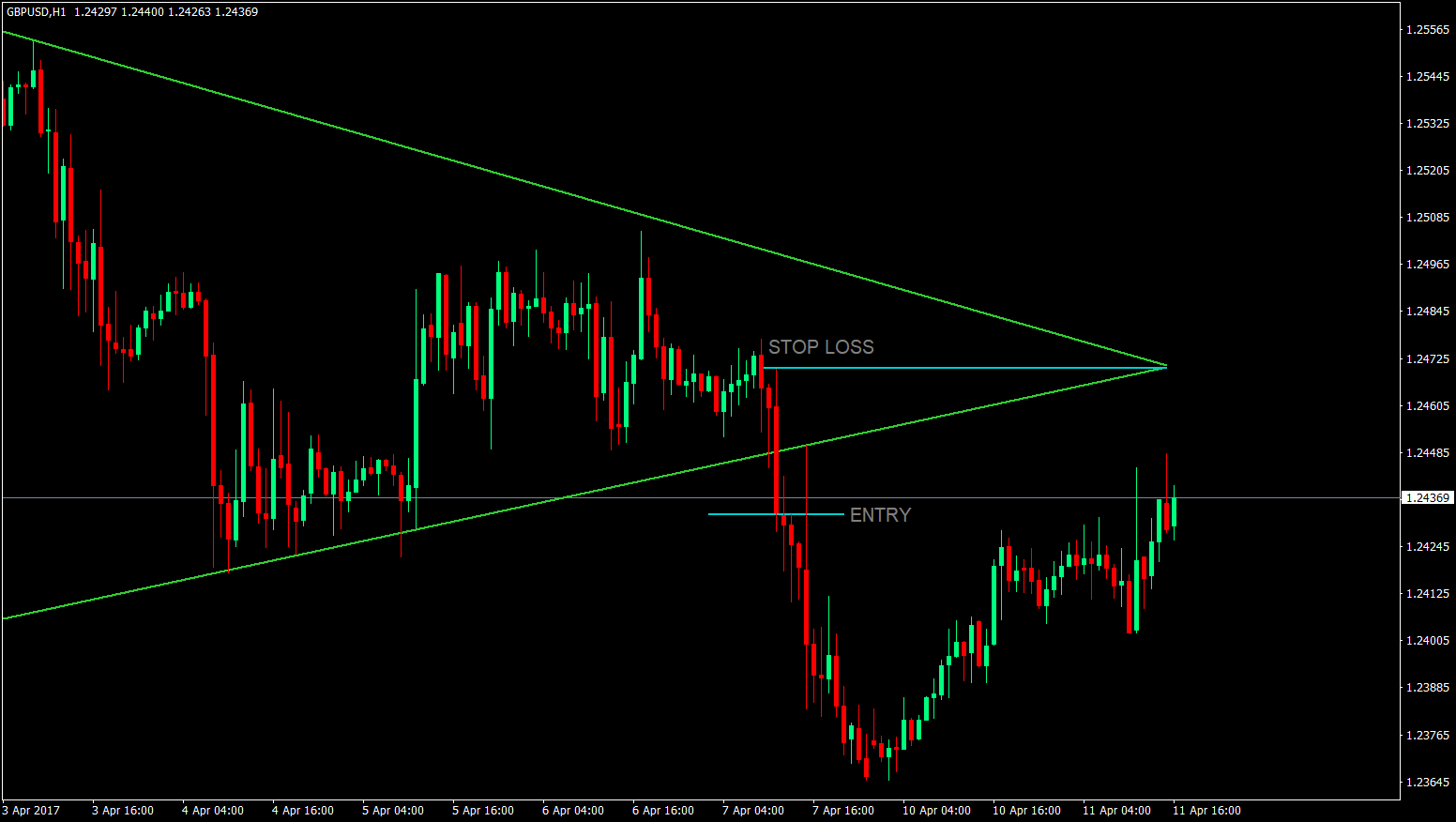 Since the bottom of the widest part of the triangle is also considered as the lowest-low, it naturally acts as a horizontal support, and thus there is a possibility for price to bounce off as it approaches this level, and based on the chart, it did bounce off.
For aggressive traders, the length of the initial thrust could be used as the measuring stick for a second take profit target. 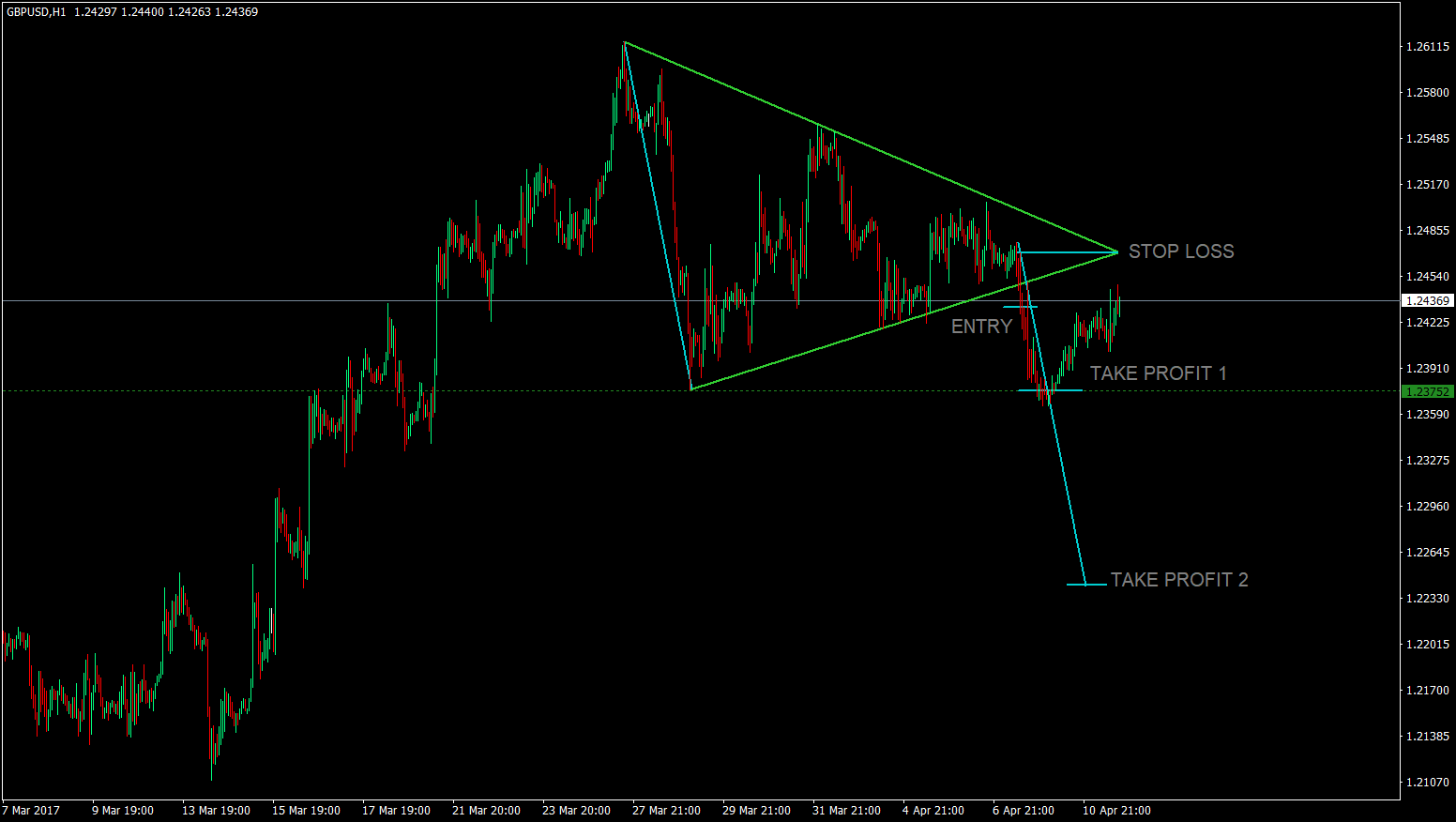 This allows for a far better risk reward ratio, however, since it is too far off from the entry price, there is a high chance that this take profit would not be reached.

Triangle patterns setups, are simple and effective. With a trained eye, it would be easy to identify such setups, which do occur often in any market. It also allows the trader to cash in on big moves, since the triangle pattern is a form of a contraction, and contractions often precede big moves. The disadvantage though would be that it is an indecisive pattern, so no bias could be made as to the direction of price. All we could do is to let the setup tell us where it wants to go. Still, if you master the triangle pattern setup, you could make lots of profits coming from these setups. Trade wisely.